Gordon Tyrrall has been a professional musician most of his working life and has released 17 albums, but this is his ﬁrst venture into print. 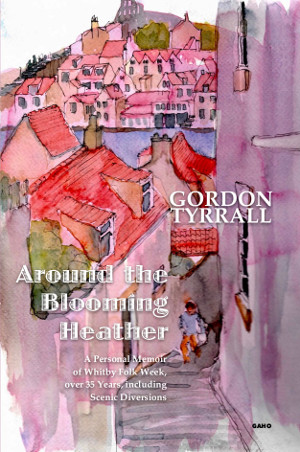 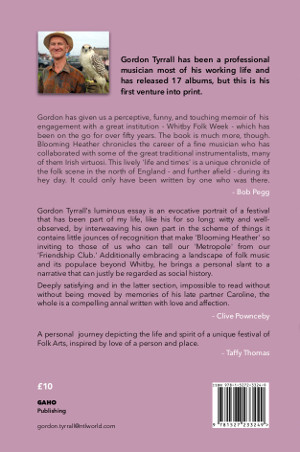 Gordon has given us a perceptive, funny and touching memoir of his engagement with a great institution - Whitby Folk Week - which has been on the go for over fifty years. The book is much more, though. Blooming Heather chronicles the career of a fine musician who has collaborated with some of the great traditional instrumentalists, many of them Irish virtuosi. This lively 'Life and Times' is a unique chronicle of the folk scene in the north of England - and further afield - during its hey day. It could only have been written by one who was there.

Gordon Tyrrall's luminous essay is an evocative portrait of a festival that has been part of my life, like his for so long; witty and well observed, by interweaving his own part in the scheme of things it contains little jounces of recognition that make 'Blooming Heather' so inviting to those of us who can tell our 'Metropole' from our 'Friendship Club'. Additionally embracing a landscape of folk music and its populace beyond Whitby, he brings a personal slant to a narrative that can justly be regarded as social history.

Deeply satisiying and in the latter section, impossible to read without being moved by memories of his late partner Caroline, the whole is a compelling annal written with love end affection.

A personal journey depicting the life and spirit of a unique festival of Folk Arts, inspired by love of a person and place.